How To Resolve Co-Founder Conflict

Hey guys, I want to talk for a few minutes about cofounder friction and what to do if you’re in a situation where you started a company with somebody and now it’s not feeling sweet or good and there’s friction and you don’t know what to do.

My second piece of advice is: choose your cofounder wisely. Even if you have a track record with someone, that doesn’t mean they will make a good co-founder. You want to choose somebody who has a different set of skills than you do and is a different kind of person than you are.

I have personal experience with this. Kati and I were co-founders of Kindara and from the first mockup that we sat down to make of the product, we started disagreeing and we pretty much kept disagreeing all the way through three or four years of working together until finally we decided that one of us had to leave the business! And that was not an easy decision by any means, but we essentially decided at one point that if one of us didn’t leave the business, we were going to blow up the business and then blow up our marriage.

The issue with our partnership is that we’re both designers, and both obsessed with the product. Kati and I are both big idea, big vision type people. We naturally want to put energy into design and product and the creative side of the business. And so having two people in our company that had that same skill set was really a recipe for friction. We were stepping on each others toes from day 1.

Conversely, I’ve worked with other co-founders, who between the two of them are very different types of people. And this is what you want. For example one is a visionary type person and the other is a real ops type person. Or one is a person who likes to have big ideas and work on the product. The other is the type of person who likes to be handed a product idea, and tasked with figuring out how to make it, or how to engineer it.  Or one person as a salesperson, and the other person is an engineer. Those are the cofounder relationships that I see working out the best because there is a line of delineation between what one person is responsible for and what the other person is responsible for.

Which brings up a third point. Once you’re in a cofounder relationship, it’s super important to decide who’s responsible for what.

Figure out an organizational chart and accountability chart and make sure that you’re not accountable for the same stuff. That’s a good recipe for making a cofounder relationship work. You want and need to divide and conquer.

So in many cases there there will be friction. And when there is, here’s what to do about it:

When there’s friction in a relationship, the first solution is almost always communication. This has to be something that you put energy towards on a regular, consistent basis. The same way that you would for any other long-term intimate relationship like a marriage. You’ve got to invest in the relationship, set aside time to communicate, and make sure that that communication is working – meaning each of you are saying what’s true for you and being heard by the other person.

If you aren’t setting aside time to communicate and get on the same page, it’s likely the friction will just get worse, or simmer and blow up later.

Hoping the friction will go away is a losing strategy here. So communication is the number one thing that I tell people to focus on in this kind of situation. Often there will be stuff that neither person wants to talk about. For example, I had one company where one co-founder would get mad and blow up at the other co-founder when stuff would go badly and then they would just ignore it and not talk about it until it happened again, and then they wouldn’t talk about it until it happened again.

And it kept getting worse and worse. And it’s hard stuff to talk about – for one person to sit down with the CEO and say “Hey, every time I give you bad news, or every time I tell you that something didn’t happen, you blow up and, and say really hurtful things to me. And I don’t like it. It hurts my feelings. And I don’t want to exist in a work environment where this is happening”.

That’s a hard conversation for some people to have and those are exactly the conversations that you gotta have.

So once you identify friction, the first thing to do is to start communicating. Sometimes it might be helpful to get a mediator to come in and sit in the room with you. You could get an investor, or a coach, somebody to sit there. It might be necessary to help the conversation go smoothly and you might have to do a number of sessions. But whatever you do it’s imperative that you get communication working and flowing so that each person, each part of the partnership feels heard and is able to listen and understand the other person.

If there’s constant friction at the top, it’s going to slow down the company massively. I know from first hand experience with Kati and at Kindara. I think we probably wasted at least a year and a few million dollars because of the constant friction between us. And when Kati left the business we found a new level of growth and success. We raised millions more dollars. We launched our hardware product.

We took the company from six figures to seven figures and all that happened in large part because the friction that Kati and I were living in and dealing with on a daily basis was gone. And for us it was especially relieving because Kati went from being my cofounder to being my supporter and partner at home (since we’re married)

So the bottom line is this is a long-term intimate relationship. Communication therefore is the number one most important thing.

If communication doesn’t work, succession is the other option. If you can’t get the communication right, and you can’t get accountabilities set, and no matter how hard you try, the relationship isn’t feeling good, then I think it’s time for one person to leave the partnership. Just like a bad romantic relationship there’s no point staying in a bad one when all efforts at reconciliation have failed.

But I’ve worked with enough people to see that what’s on the other side is worth it. It’s worth having harmony in your company and harmony at the top, harmony among the leadership team. You really need that kind of harmony to have sustainable growth and success.

So that’s my advice to anyone experiencing co-founder friction: invest heavily in communication and see if you can find and fix the root of the friction. Use a mediator (could be a coach, an investor, advisor or therapist) if you need to and set aside time and a process. This might take many sessions over a number of months. If at the end of the process the relationship isn’t feeling good and/or a solution hasn’t been found I recommend succession planning. It’ll be painful, but the pain is short-term, and I almost guarantee a few months later you’ll be happy you tore the band-aid off.

Hope this was helpful, shoot me any other questions you have! 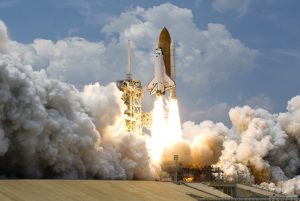 The world we live in has problems and needs solutions, and I believe a lot of those solutions will come from entrepreneurs like you. But

What To Call Your Raise (Angel round vs. Seed vs. Pre-seed Etc.)

As I’ve been doing interviews for Fundraising Mastery this week (We launch in 2 weeks!) I’ve found myself having a recurring strategy discussion with founders: The 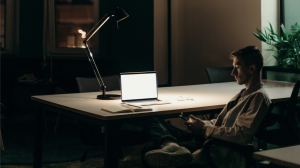 Can You Outsource Startup Fundraising?

One thing I wanted to do at Kindara, and that I think is natural for CEO’s to want to do is to outsource fundraising. After

Get the Ebook: How to Meet & Close Angel Investors

We’re always sending out useful info for founders who are up to big stuff in the world.